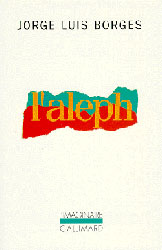 I’ve been playing various versions of the piano version of this song for many years, but I think its first public airing was on a Brittany Ferries boat, crossing the famous “manche” or English Channel as we prefer to call it. It was an overnight crossing, and I had spotted the grand piano in the appropriately named “piano bar”, and looked forward to a pleasant evening of ivory tinkling, delivered by a professional player. However after a small amount of patience, with a second drink in hand, it became apparent that our evening was to be diminished by the lack of a pianist. With a certain amount of Dutch courage I applied at the bar for the replacement role, which to my surprise was duly accepted. To a round of applause I lifted the keyboard lid, and it then dawned on me that an expectant audience would demand a certain quality of gentle smooth playing, which is not really my style. What could I open with? Then, as if by magic, three seconds later, a new gentle version of “I care us” flowed from my fingertips. Encouraged by the appreciative sounds from the tables, I continued for an hour, playing in a new, softer style.

Many years later, at Chris’s studio, we had just finished our previous track. “What’s next?” he said. Eyeing the electric piano nearby, and with the help of a long cable, I played a couple of my creations including this track. “That one” he said. “Have you got lyrics for it? “. “Well” I said hesitatingly , “You know you like Greek things”, to which he replied “Yes, like kebabs”, which I must say still makes me laugh now when I think of it. My response was “haha more like Greek mythology” knowing full well that Chris was well read in this subject. Well the long and the short of it was that although I had originally envisaged this song to be harder with tougher lyrics, I had also an alternative “flying wings” analogy in my head. The story of Icarus, and his ill-fated flight of freedom seemed to be an appropriate starting point. This idea was met with some enthusiasm, and we re-constructed the story, making a few alterations to the original. The lyrics are all from the Minotaur’s point of view, and in our version he creates the wings using magic, but is let down again by Icarus’s father….We had a lot of fun writing this, and it has been a year in production. Look out for Chris’s incredible guitar and bass throughout the song, and especially in the instrumental sections, and the saxophone courtesy of Djé (from LR6 band. I am really happy with my vocals in this, and I must thank Chris for mixing and mastering this track to such a high quality.

To the english presentation by Francis :